This guide will take you through steps to deploying a self-hosted Github Actions runner on Azure, using our favorite infrastructure-as-code tool Terraform. Github actions are progressively becoming more and more popular, especially after Travis CI's pricing change. And, to be honest, I think it is an extremely compelling product. Doing CI/CD with Github Actions (GHA) is very straightforward, and easy to use. Another bonus is that the documentation is pretty decent, for the most part.

If you're coming from more enterprisey environments where Jenkins or Azure DevOps are more widely adopted it might take a little bit of time to adapt to the yaml and Docker model used by GHA. But, once you've learnt it, there's no going back!

One thing to note before we get started on this journey is that you can configure Github Actions runners (GHARs) at three levels within Github:

The first two options above the scoping is done via the use of self-hosted runner groups and as the third option is done within a repository itself there is no need for any groups to scope it.

For this post we will however be looking at the second option where we will have a runner group in a Github organisation that is scoped to a repository.

If you have stumbled upon this post and are not familiar with Github Actions, or its runners let me give you a quick run down.

Github Actions is Github's answer to CI/CD, it allows consumers to build their software solutions, run unit and integration tests, as well as deploy any resulting artifacts to myriad of hosting services. All of this using a simple yaml based configuration language for the workflow files. The steps within a workflow use what Github calls actions, these actions can be JavaScript action, a Docker container action or composite actions.

In summary; a repository can have many workflows and those workflows can have many steps, each one of those steps is an action. A workflow can also use the same action multiple times in different steps.

The runners (what we are talking about in this post) is where the workflows (and the steps) are executed. There are two options for this, the default hosted runners and the self-hosted runners.

Permissions
One important point to talk about is permissions. In order to be able to create a self-hosted runner you will need the following permissions for each scenario described above.

The first thing we need to do is setup the runner group within our organisation. This group will allow us to group runners together and scope them either to specific repositories, or to all. Another reason one might utilise a runner group is to demarcate between different environments, or builder types. For instance, you might have a runner group for Windows builds, another for Linux, and one for macOS. This demarcation can also be done using labels, which is also very powerful.

While I don't go into much detail about labels with Github runners I would recommend reading up on them as they're extremely helpful when you're trying to segregate roles or functions. You can read about them here.

Warning
As it stands today (September 2021) you cannot restrict runners or runner groups to a specific branch (or set of branches).

Now that we have the runner group created, and assigned to the repositories we want to work on we can start on setting up the runner itself using Terraform.

This Terraform code will take a pretty standard approach from a file and layout perspective, below I have outlined the files that will need to be created.

The providers.tf will contain any configuration required in order to make the provider function. In this instance I am only statically putting in the subscription_id everything else will be passed into the provider via environment variables.

versions.tf is a little more exciting than providers.tf, at least in this instance. Here we are putting in our constraints for both the providers are using as well as Terraform itself.

We define all our input variables inside the variables.tf, these are then consumed by our Terraform code in main.tf.

As can be seen in the code above we are putting some default values in for some variables, this will help reduce the interface when this Terraform code is either used or potentially used as a module.

When you have more complex variables, or defaulted values I find it extremely useful to have longer description through the use of heredocs.

For the main.tf instead of just dumping the entire file and talking through it at the end I will go through it piece by piece so that it's easier to understand.

Now that we have our dependencies available to us through the locals we now need to build out the basic Azure components.

The next cab off the rank will be the networking stack.

The last piece of the puzzle is the IaaS instance itself.

The custom_data attribute MUST be base64 encoded in order for the Azure instance to be able to access it. Luckily Terraform has a base64encode function that will do this for us.

Now that we have all our code written, and the runner group has been created we can deploy the runner!

As is standard with Terraform the deployment is a three step process.

As can be seen in the below screenshot Terraform is downloading the two providers we are consuming. 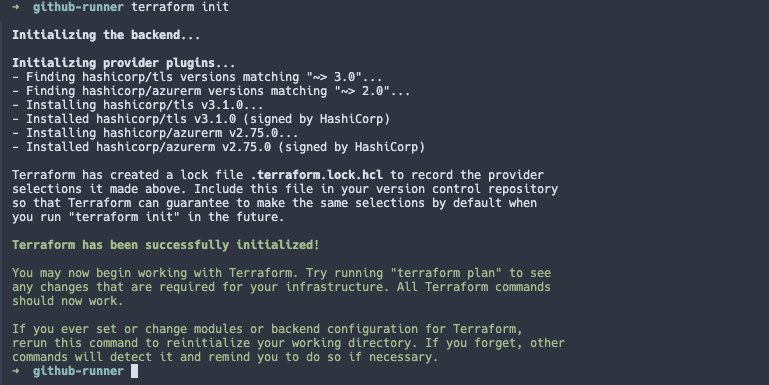 The above will output a plan showing what resources will be created, changed, or destroyed. I won't show that here as it is rather long.

As can be seen in the below screenshot we have a new Github Actions runner!

Further, if we go and look in the Azure portal we can see all the resources we declared in our Terraform code. 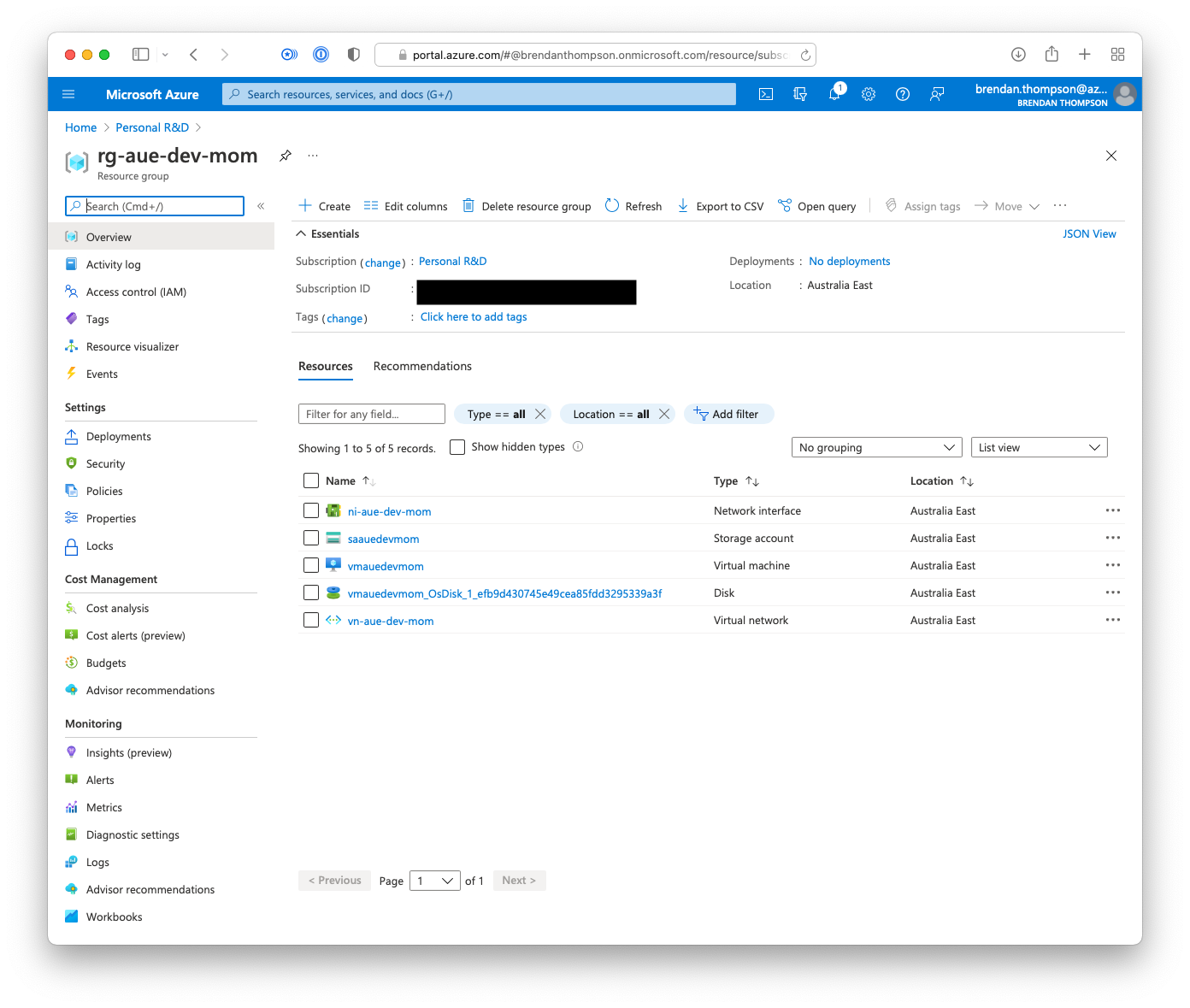